The Flowered Cluj Movement organised by the Cluj/Kolozsvár Town Embellishment Society was officially closed following the award ceremony on the 10th of October. Within the framework of the event, the winners in the categories of the Most Beautiful Balcony, Window and Facade were awarded, and special prizes were given.

The Cluj/Kolozsvár Town Embellishment Society announced its novel initiative, the Flowered Cluj Movement, on the 3rd of July with the primary aim to cover the city with flowers. Considering that the streets of the Treasure City are gloomier than ever because of the many concrete buildings and the few houses with gardens, the movement urged the citizens of the town to decorate their homes, working places with flowers, thus turning by their own contributions the city of Cluj into a greener environment. Those interested in the movement also had the chance to enter the competition announced by the Society. Applications were due by the end of August, and the jury deliberated on the 20th of September. 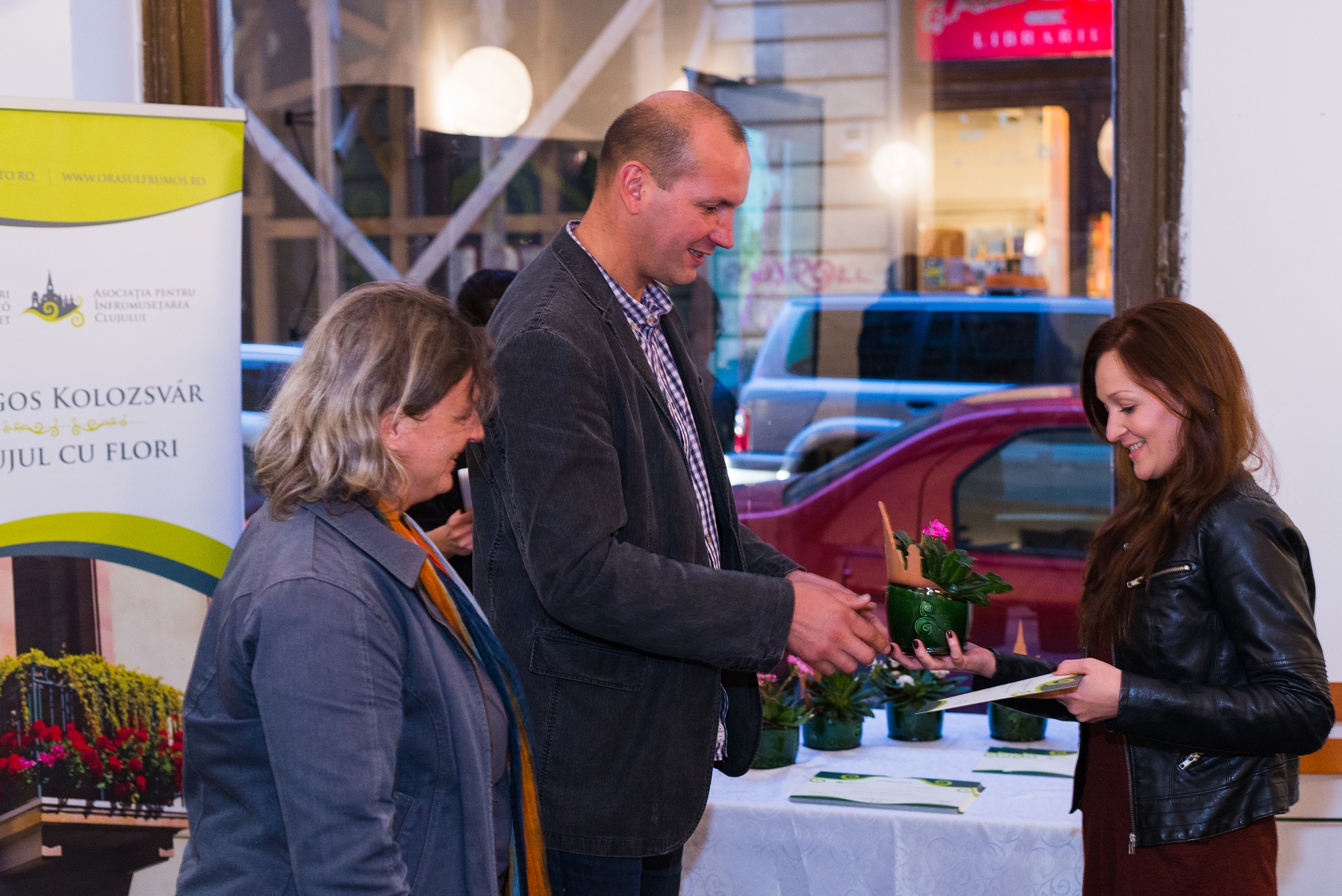 During the project that lasted over two months a total number of 33 applications were received, with enough participants in every category. On the 20th of September, the members of the Jury, photographer Angéla Kalló, teacher at the University of Art and Design in Cluj-Napoca; architect Arnold Macalik; Lilla Szabó, the Programme Manager of the Hungarian Cultural Days of Cluj; historian Florin Moroşanu, the Director of the Cluj-Napoca Municipal House of Culture (Casa Municipală de Cultură Cluj-Napoca); and journalist Andi Daiszler, the Marketing Manager of the Cluj Cultural Centre decided about the applications. The Jury took several aspects into consideration. They primarily examined that the applications were in accordance with the call for proposals, but also looked at how the flowers were arranged, their colours and shapes, and whether they were in harmony with their environment. The Jury has decided that the Most Beautiful Balcony prize be awarded to Noémi Lokodi, the winner of the category of the Most Beautiful Facade be István Székely, and Cristina Lupan be awarded the prize for the Most Beautiful Window. The special award of the Jury went to the balcony of Péter Zolcsák, while Éva Láng and Mirela Nădăşan were awarded the special prizes of the Cluj/Kolozsvár Town Embellishment Society. Besides the honorary certificates, the awardees also received the creations of ceramist Emőke Könczey. 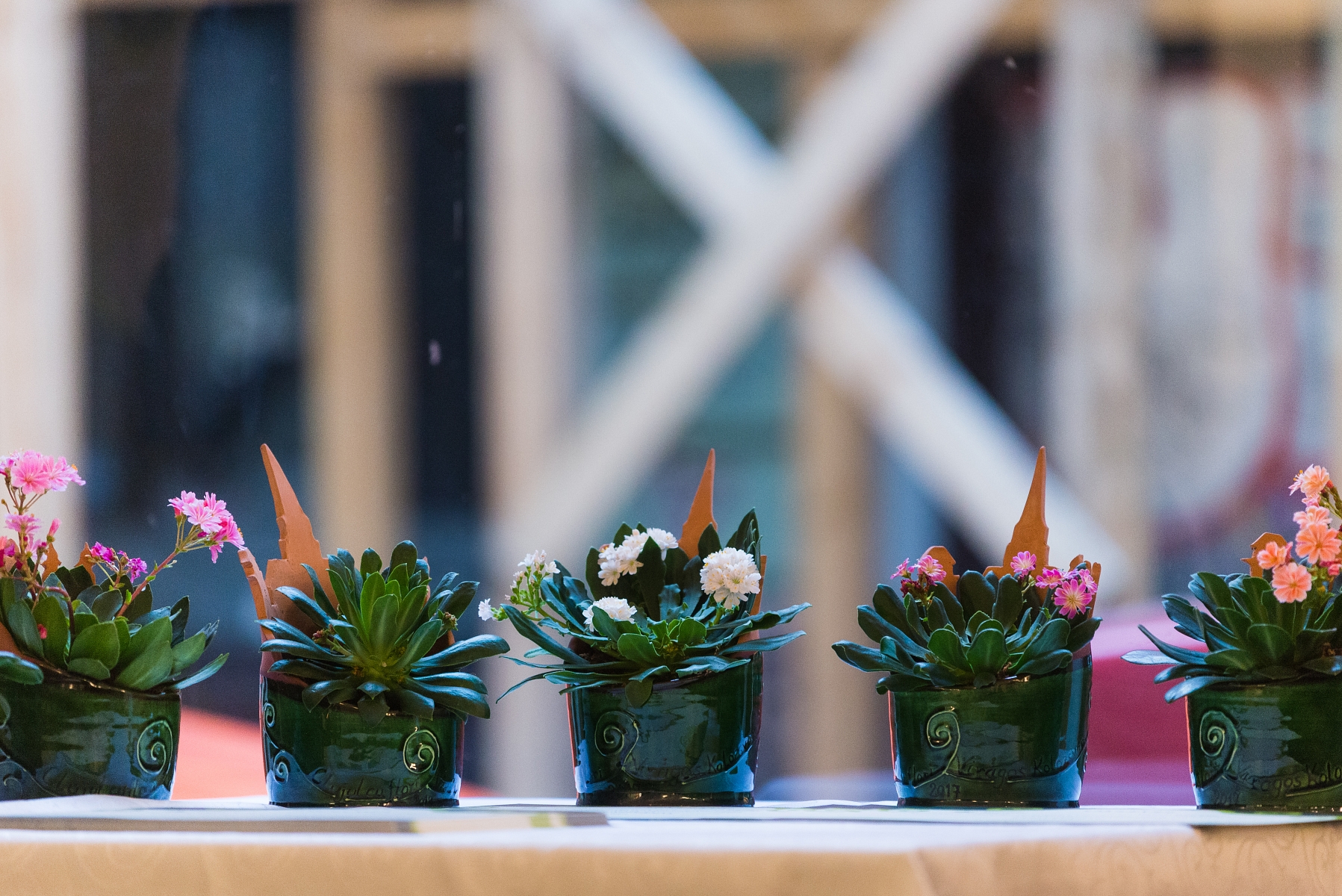 During the awarding ceremony a speech was delivered by Emese Oláh, the Vice Mayor of Cluj, who expressed her appreciation for the Flowered Cluj Movement on behalf of the Town Hall, an institution that had backed the project, and ensured the organisers of their continuing support. The President of the Society, Dezső Szenkovics thanked for the assistance of the Town Hall and the Bethlen Gábor Fund, congratulated the participants of the competition and announced that in the spirit of the old slogan of the association, “Take Action! Create! Embellish!” the project is to be continued next year.